What Is a Constant Voltage LED Driver

Abstract: A constant voltage LED driver is used to regulate the output voltage for an LED circuit in which multiple LED modules are connected in parallel. 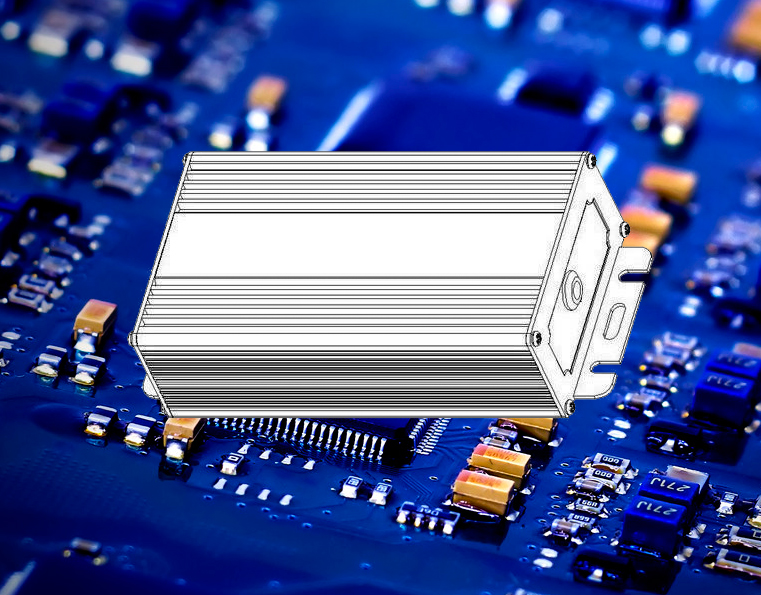 A constant voltage (CV) LED driver is an AC-DC power supply or a DC-DC converter that provides a fixed output voltage, typically 12 volts or 24 volts, rather than a constant current. Constant voltage LED drivers are designed to operate lighting systems which have multiple LED modules connected in parallel.

The light output of an LED is directly proportional to the forward current flowing through its semiconductor junction. If the current fluctuates in big scale, so is the light output. Therefore, to maintain a constant brightness LEDs must be driven by a regulated DC current. Furthermore, LED modules connected in parallel can be at risk of failure due to potential current variations if the forward current is not controlled. Either a short circuit or an open circuit of a single LED module will expose the remaining LED modules to an electrical over stress (EOS) as they are forced to handle a larger share of current. Operating LEDs at a high drive current can cause irreversible damages to the LEDs. LEDs convert only around 50% of the energy into light and the remaining power is dissipated as heat. High drive current operation causes junction temperature to rise above the maximum allowable limit, which accelerate the degradation process of materials utilized in the LED package, such as phosphor or encapsulate.

To prevent damages from overdriving, an LED module that connects to a constant voltage power supply will have a current limiting device. It may be a resistor, a constant current resistor (CCR), or an active current regulator circuit. The current limiters also provide accurate current sharing between outputs and ensures a uniform light output across the LED modules.

The major advantage of using parallel strings is that a number of LED modules can be powered by a single power supply. In parallel circuits, the output voltage remains the same among all LED modules. Thus a constant voltage power supply can operate a large number of LED modules or light fixtures as long as the total output power remains within the limit of the maximum current that can be supplied. This feature gives designers great flexibility with respect to the number of modules or fixtures to be connected to the power supply. The use of a CV driver as a remote-mounted power supply substantially reduces power supply cost and eliminates the need for additional spaces or housings to accommodate the bulky power supplies. As a result, architectural lighting systems can be made with a very slim form factor and seamlessly integrated into various structures. This type of lighting systems includes cove lights, linear lighting profiles, and undercabinet lights which generally use LED tape lights as the light sources.

All constant voltage LED power supplies meet the safety extra low voltage (SELV) and the Underwriters Laboratories (UL) Class 2 requirements which define that no touchable conducting parts of an electrical system have a voltage (relative to ground, or across any two points) above 60 V DC, or 42.4 V AC. This feature makes CV drivers the mainstream power supply solution for the low voltage landscape lighting market.

The current limiting device of a constant voltage LED module typically regulates current by dissipates excess power, making constant voltage LED drivers less efficient than constant current LED drivers. A current regulated LED driver is preferred when there's a need to drive a number of LEDs connected in series. In addition to line-voltage dimming using phase control dimmers, constant voltage drivers can only be PWM (pulse-width modulation) dimmed, while constant current drivers support both PWM and CCR (constant-current reduction) dimming. Constant voltage LED drivers more often than not have less efficient ripple filtering, which means light fixtures operated by this type of driver can have a large percentage of flicker, hence they are not suited to ambient and task lighting applications.