What Is a Constant Current LED Driver

Abstract: A constant current LED driver is commonly used to drive a number of LEDs connected in series. Constant current power supplies include the switching and linear types. 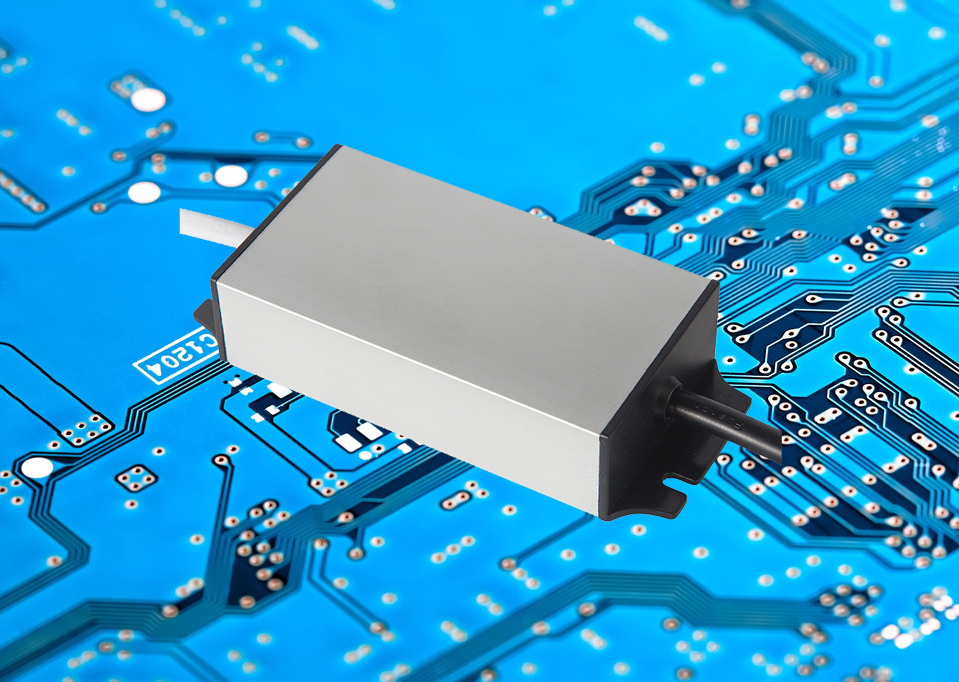 A constant current LED driver is an LED power supply that regulates the current flowing through an LED array so as to maintain a desired level of light output. Conventional power supplies provide an output that is regulated to deliver a constant voltage. A current-regulated LED driver is an AC-DC or DC-DC converter with output tailored to the electrical characteristics of the array of LEDs. It provides accurate output current control regardless of the supply-voltage fluctuations and the changes in other operating conditions. Nevertheless, the current regulation requirement introduces special challenges to the design of LED power supplies and results in a motley crowd of products with various degrees of compromise among cost, performance and lifetime.

Why Drive LEDs with a Constant Current

LEDs are current driven rather than voltage driven devices. When a forward voltage is applied and the current starts to flow, electrons in the negative region jump across the depletion zone (junction) to recombine with holes in the positive region. Each recombination of an electron and a hole releases a quantum of electromagnetic energy in the form of light. The lumen output (brightness) of an LED is proportional to the forward current passing through the LED. The higher the drive current, the brighter the LED. At the same time however, a greater amount of heat is generated at the semiconductor junction. This is because LEDs convert only around 50% of the energy into light and the remaining portion of energy is released as heat.

When the maximum allowable junction temperature is exceeded, high heat flux can lead to irreversible damage to the LED as well as thermal droop, which is the reduction of the optical power when the temperature is increased. At higher current density operation, high kinetic electrons can be generated by Auger effect. The non-radiative Auger recombination process may cause a reduction in LED efficiency known as efficiency droop or current density droop. As such, LEDs cannot be excessively driven because it will not only cause both thermal droop and current density droop, but drastically reduce the useful life of an LED.

Conventional power supplies provide a constant voltage regardless of current fluctuations in the load. Since there's no current regulation the brightness of the LED cannot be maintained at a constant level and overdriving LEDs can occur. That's why all LEDs need to be current driven. Constant current (CC) LED drivers are often compared with constant voltage (CV) LED drivers. In fact, the only difference between them is that a CC LED driver provides a one-stop power supply solutions for LEDs, while a CV driver provides semi-processed power with only the voltage being regulated to a constant level. An LED or an LED module which is connected to a constant voltage LED driver ultimately needs a current limiting device to regulate the current.

Constant current LED drivers are primary used to drive multiple LEDs connected in series. Series connection of LEDs is the most widely used building block for LED lighting systems. This type of configuration eliminates the current balance issue as there is only one current path and all the LEDs along the current path have the same current flowing through them. With all LEDs in the string receiving identical current from a constant current LED driver, the entire string of LEDs (LED module) produces an output with high uniformity in both brightness and color. Constant current regulation ensures the LED module delivers consistent, non-fluctuating light output.

Constant current power supplies provide complete power conversion from the line voltage to the fixed DC output current. No additional current limiting devices are required to limit the current to the LED below its maximum rated current. Whereas in constant voltage power supplies, a current limiting device is added to each LED or LED module to prevent damage to the diode(s). This device can cause power loss and generate an additional thermal load. As a result, power efficiency is reduced and the LEDs can be susceptible to high thermal stress, especially when current limiting is done through inefficient linear regulators or resistors.

An AC-DC LED driver converts the AC mains voltage into an unregulated DC voltage using a full-wave rectifier. A large filter capacitor is often placed at the rectifier output to smooth out the large current ripple delivered to the load. The rectified and filtered DC voltage requires further intensive regulation in order to supply a load that has electrical characteristics matched to the current- and voltage-sensitive LEDs. The DC-DC converter of a constant current LED driver receives the unregulated DC voltage and provides a regulated output using various techniques. All DC-DC converters have a controller or control circuit which adjusts the output based on the feedback signals provided by a closed negative feedback loop. Needless to say, the DC-DC converter is the core block of a constant current driver circuit. It provides a constant current (e.g. 250, 350, 500, 700, 1000, 1050, and 1400 mA) to an LED module while keeping the forward voltage within the design specification.

Constant current LED drivers can be categorized into switching power supplies and linear power supplies based on the technology they use for DC-DC current regulation.

An LED switching power supply delivers constant power to the output load through high frequency switching operation. A switching regulator which can be used on its own or as part of a complete power supply switches a pass element, such as a MOSFET or bipolar junction transistor between its saturation and cut-off regions. The incoming power supply is chopped into a pulsed voltage, which is then smoothed out to match the required output using capacitors or inductors. Operating the in saturation and cut-off regions of the power transistor allows the switching power supply to deliver an efficiency of up to 95%. An SMPS can be implemented using the buck, boost, buck-boost, cuk, SEPIC, flyback or other topologies depending on the application scenario. In this mode of operation, the output of the converter circuit can be galvanically isolated from the input circuit to prevent electrocution.

Switching power supplies are the only feasible option for medium to high power solutions which require a good efficiency, a high power factor and a low ripple output, or for applications which have to deal with wide input voltage ranges. The disadvantages with switching power supplies are that they are susceptible to electromagnetic interference (EMI) and they are also bulky and expensive.

Linear power supplies are a low cost LED driving solution that is incorporated in an increasing variety of entry-level products. The power supply circuit has a linear regulator which utilizes the variable conductivity of a pass element to regulate the output. In accomplishing this, the linear regulator operates in the linear region of a bipolar transistor (NPN, PNP) or a MOS transistor (NMOS, PMOS) and provides the desired output by dissipating excess electric power in form of heat. Linear power supplies are inherently inefficient because it requires the supply voltage to be higher than the load voltage. It falls out of regulation if a minimum dropout voltage, the input-to-output differential voltage, is not available. The dropout voltage is the wasted portion of the electrical power and must be designed as low as possible. The dropout voltage can account for 15-30% of the supply voltage, which is a huge loss. The dissipated power also creates a high thermal load to the driver circuit.

Linear power supplies in general provide poor ripple suppressing because these circuits are designed with a low budget in mind. Adding ripple suppressors would undermine the cost advantage of this technology and also make power factor correction a great challenge. As such, an LED lamp that uses a linear power supply can produce a high percentage of flicker, which is not suitable for visually demanding applications. Aside from the low cost advantage, absence of electromagnetic interference, driver-on-board (DOB) capability and high circuit reliability are the most attractive points of linear power supplies.

Operating a power supply in a constant current mode doesn't mean its output voltage is not limited. A constant current power supply is designed to produce a fixed output current regardless of voltage fluctuation. However, if there's an excessive increase in the load resistance the output voltage must increase accordingly to compensate for this change and maintain the output current at a constant value. Moreover, an open circuit can occur upon the failure of a single LED within a string of series connected LEDs. Load compensation and open circuits can cause the output voltage to rise above the voltage rating of the IC or other discrete circuit components. Consequently, overvoltage protection is required in constant current circuits, especially in the switching boost regulators.