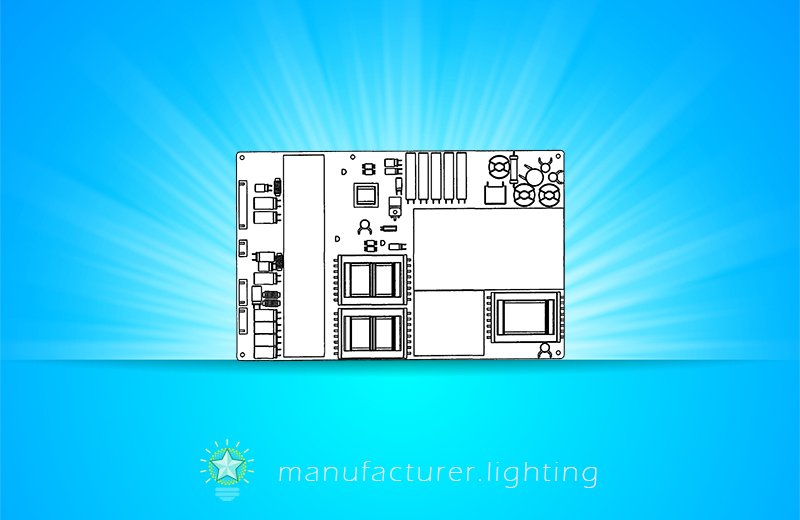 A light emitting diode (LED) is a diode that emits photons in reaction to a current flow between its anode and cathode. And as a result, a typical LED luminaire necessitates a separate circuit such as a switched-mode power supply (SMPS) so as to be driven by a household AC power source. In LED lighting system, driving circuit is an indespensible account for the overall performance and also cost of overall system, which means that the design of driving circuit is an essential challenge for the LED lighting system. To effectively drive LEDs in modern LED applications, LED driver ICs (integrated circuits) are frequently used. A LED driver IC includes circuitry which allows for precise control over a desired set of LED drive parameters (e.g., bias current and duty cycle) for a LED or group of LEDs. LED driver ICs typically provide pretty accurate LED current, to provide a functionality of the control voltage input. Current regulation is realized by making use of current-sensing resistors. The small voltage drop across this resistor is fed back to the LED driver IC, as an indication of the current flowing through the LED(s), and the LED driver IC makes use of this signal to control the current being sourced to the LED(s). LEDs are generally characterized by the manufacturer as having a certain brightness level at a maximum rated current. Any current beyond this maximum rated current may lessen the reliability of the LED or damage it. For this reason, LED driver ICs oftentimes add a means for the customer to set the maximum current sent to an LED, since the driver can be utilized with a variety of types of LED. A proprietary input-current control scheme facilitates LED lamps driven by this device to be compatible with electronic transformers, and dimmable with standard trailing-edge dimmers (where electronic transformers are present). The IC also includes an internal overvoltage protection on the IN pin to guard the internal switching MOSFET from damage if the LED string is open or if the voltage on the LED string is too high. The LED drive IC can be employed in buck, boost, and buck-boost topologies and features. The IC incorporates a wide input voltage range and an internal power switch. The output current level can be tweaked with an external sense resistor. The integrated thermal protection will lower the output current to protect the LEDs and the IC against thermal stress.
LED Drivers