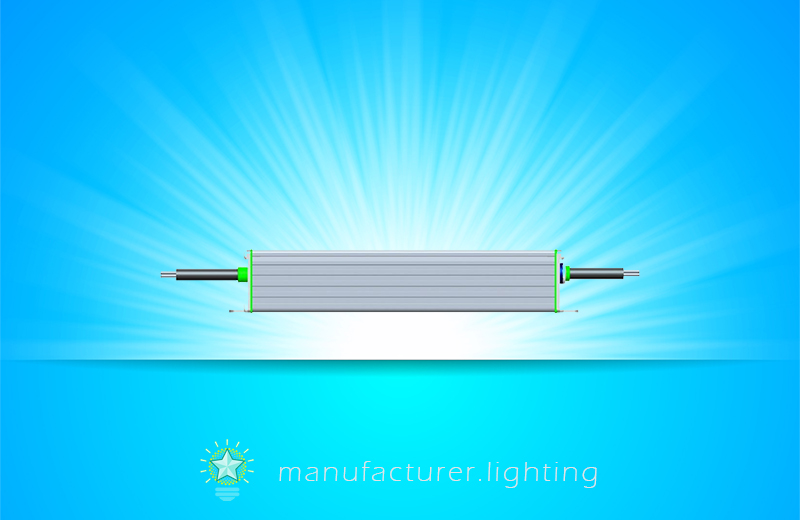 LED (light emitting diode) drivers are electronic circuits that generates the current and voltage required to activate a specific LED or cluster of LEDs. Light emitting diodes are semiconductor devices which produce incoherent narrow-spectrum light when electrically biased in the forward direction of their PN junctions, and are therefore generally known as solid-state lighting devices. The light emitting diodes are driven by direct current merely because of diode characteristics thereof. A typical LED luminaire needs an independent circuit such as a switched-mode power supply (SMPS) so as to be driven by a residential AC power source. Hence, LEDs are basically an integral part of a LED system which includes driver circuitry and associated electronic devices most notably resistors, capacitors, diodes and circuit boards. Driving circuit is the critical account for the performance and also cost of overall system. LED drivers can produce either fixed currents or variable current. In non-dimming applications, a constant-current driver is selected to deliver the desired current, with enough forward voltage output to cater to the maximum input voltage of the LED source. Constant-current power supplies are equipped for accommodating the voltage supply of an electronic system to the designed voltage of an LED. A variable current LED driver (dimming drivers) sense variations in an input voltage to the light fixture, or perhaps a control signal to the dimming circuit, to provide a microprocessor in the driver circuit making use of a signal indicative of a dimming level. The microprocessor controls the pulse width modulation (PWM) circuit to regulate operation of the DC-DC converter as required. Dimming LED drivers frequently make use of 0-10 V control signals to control the dimming functions. Constant-current LED drivers require circuits consisted of active components (e.g., transistors, oscillators, operational amplifiers) along with linear and non-linear passive components (e.g. diodes, thermistors, inductors, capacitors, resistors). Linear driver is regarded as the major driving schemes for LED lighting system and features advantages of simple design and immunity to electromagnetic interference (EMI). Nevertheless, the linear driver for LED lighting system has strenuous requirement for matching between input and output voltages. LED drivers typically allow the operator to control the brightness level of the LED by manipulating the continuous current level or controlling the average current level. Switched-mode power supplies are often used to convert an alternating signal from a mains network into a DC or AC signal with different amplitude. The switched-mode operation of the LEDs improves the power efficiency when compared to the situation where the LEDs are connected to the rectifier directly despite the fact that using a resistor connected in series to limit the current. To improve the flexibility of LED drivers, many drivers include programmable settings which make it possible for a single LED driver design to accommodate the requirements of different LED lighting systems or luminaires.

LED Driver (LED Power Supply): What Is It and How It Works?An LED driver is the brain of an LED lighting system. It provides power conversion, load regulation, and downstream component protection. LED drivers are also the interfaces with which sensors and ...

Lighting Control Technologies: Dimming LED Lights with PWM, CCR, DALI, DMX, 0-10VThe importance of LED dimming is beyond what most people would ever imagine. The power of LED lighting can only be unlocked when light fixtures are dimmable.

Linear Power Supply | LED Drivers Using a Linear Regulator, DOB Light EnginesLinear LED drivers are generating lots of buzz in the lighting industry because of their simple architecture and low manufacturing costs. This article walks you through the pros and cons of linear ...