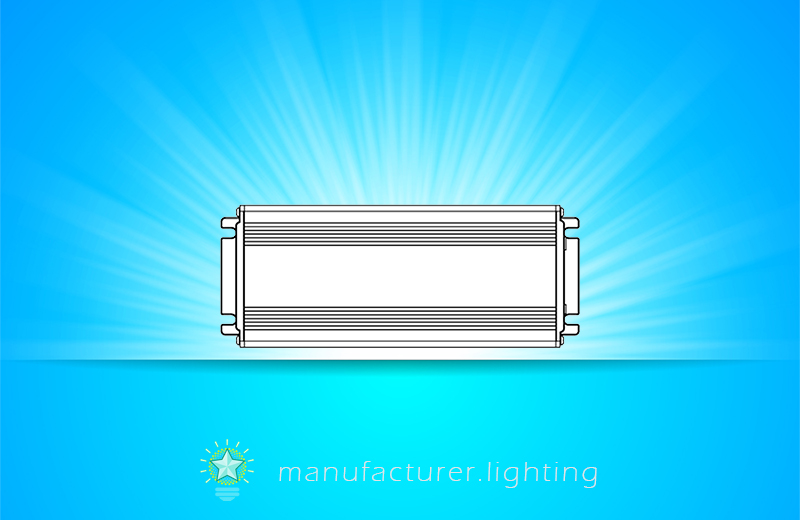 Light emitting diodes (LEDs) emit light in response to receiving a DC current (proper bias) and in proportion to the delivered DC current. Resistance of an LED light source fluctuates. For this reason, integrating LEDs into residential and commercial lighting systems (which can be conventionally wired to receive alternating current (AC)) necessitates that the LED be connected to a "driver" circuit which transforms alternating current into a suitable direct current for the LED. Since the conversion from AC line voltage to milliamperes of constant DC current is vital to the operation of the LED lighting devices, efficiency of the driver circuitry is extremely important. A constant current driver circuit regulates current by adjusting the duty cycle and/or the switching frequency of a DC-to-DC converter in the driver circuit. The DC-to-DC converter can be a flyback or buck converter. Switches in the DC-to-DC converter are operated by a pulse width modulation (PWM) circuit to deliver power from the DC-to-DC converter to the LEDs. Performance quality of the constant-current driver circuitry varies according to several factors including input AC voltage range, line surge protection, conversion to output DC constant-current and above all, the output power requirement. The efficiency of the LED driver circuitry is severely influenced by output LED load and how wide the range of input voltage. Constant-current power supplies can take a great number of forms, nevertheless they require circuits made up of active components (e.g., transistors, oscillators, operational amplifiers) and in many cases linear and non-linear passive components (e.g. diodes, thermistors, inductors, capacitors, resistors). A dimming circuit interprets changes in an input voltage to the luminaire, or else a control signal to the dimming circuit, to provide a microprocessor in the driver circuit utilizing a signal indicative of a dimming level. The magnitude of the constant output current can be varying by the driver circuit to correspond to a target current, in so doing coordintaing with a target brightness output level for the LED light source. Non-isolated LED drivers don't have any isolation from the primary to the secondary side and basic isolation (single isolation foil) between the whole set of electronic circuits and the chassis. Isolated LED drivers are electrically insulated when it comes to electrical conductive materials, for example the housing or reflector and thus not touchable during installation or operation. Constant current LED drivers have different ingress protection rating for indoor and outdoor applications.

LED Driver (LED Power Supply): What Is It and How It Works?An LED driver is the brain of an LED lighting system. It provides power conversion, load regulation, and downstream component protection. LED drivers are also the interfaces with which sensors and ...

Linear Power Supply | LED Drivers Using a Linear Regulator, DOB Light EnginesLinear LED drivers are generating lots of buzz in the lighting industry because of their simple architecture and low manufacturing costs. This article walks you through the pros and cons of linear ...