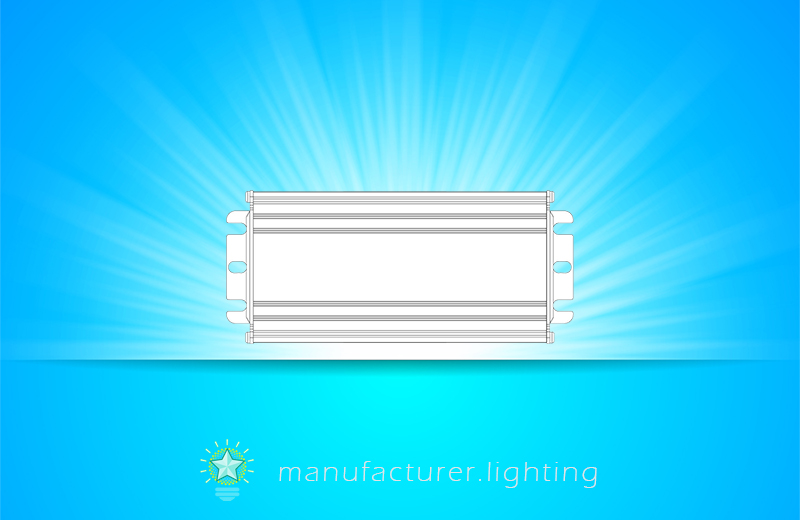 An LED driver or power supply is a type of power conversion circuit that delivers constant current as opposed to constant voltage. The typical LED driving circuit will convert a line voltage alternating current (VAC) to a direct current (DC). Dimming control of lighting is preferred so as to provide adjustment of light levels and to reduce power consumption. The dimmer allows control of light intensity with an easy to use rotating knob. The purpose of a low voltage dimmable LED system is a good range of dimming (e.g. 10% to 100%), linear operation (i.e., light intensity goes down linearly with dimmer control movement) and no visible flickering effects (which may occur when phase-to-phase (60 hz) performance differences occur). To be able to dim the light output of the LEDs, it is necessary to control the output current of the LED driver to follow a specific dim input. LED dimming solutions generally include constant current reduction (CCR) or pulse-wave modulation (PWM) dimming. Constant current dimming usually involves linear adjustment of the current through the LEDs. Analog dimming basically just regulates the drive current fed to the LEDs. Full brightness works by using the full current. The driver electronics linearly adjusts the current to dim the LEDs. Analog dimming can be straightforward to implement, but may not offer the best overall performance. PWM controls the intensity of an LED output by pulsing the LED with a variable duty cycle drive voltage in a way that the LED is switched on while drive voltage is applied and switched off when the voltage is removed. PWM dimming operates by modifying the amount or length of time a switching device, say for example a TRIAC, is in an ON state during a cycle relative to the total cycle time. Triac-based dimmers work by getting current to pass during a fraction of the half-cycle of the input AC mains voltage. One of the most frequently used types of triac dimmers is the leading-edge type, which initially turns on at one point past the zero-crossing of the AC waveform (in both the upward direction and the downward direction), and afterwards turns off at the next zero-crossing. Dimmable lighting circuits generally come with a phase-cut dimmer, in which either the leading edge or the trailing edge of an alternating current (AC) input supply is cut, typically using a thyristor or a triac. Generally speaking, the majority of the control circuits for LED lamps use a switch such as a silicon controlled rectifier (SCR) TRIAC to control different phases so as to alter the voltage phase of an input current, and a driving voltage outputted by the control circuit is adjusted by way of switching the conduction angle of the voltage phase to change the driving current passing into the LED light sources and accomplish the dimming effect.

Lighting Control Technologies: Dimming LED Lights with PWM, CCR, DALI, DMX, 0-10VThe importance of LED dimming is beyond what most people would ever imagine. The power of LED lighting can only be unlocked when light fixtures are dimmable.

What Is a Constant Voltage LED DriverA constant voltage LED driver is used to regulate the output voltage for an LED circuit in which multiple LED modules are connected in parallel.
LED Drivers