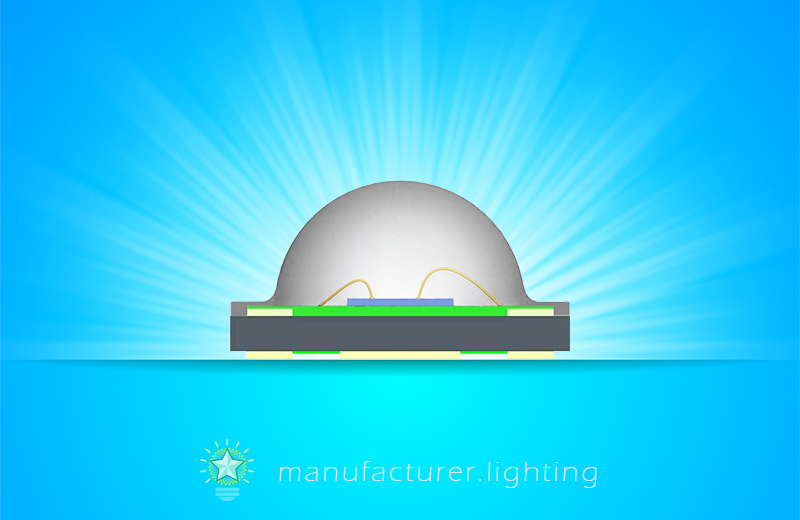 A lens is a glass or plastic component designed to change the direction and control the distribution of light rays. A luminaire with a lens may incorporate a number of small prisms that control the photometric distribution of the light to relieve the luminance of the luminaire in the near-horizontal viewing angles between 45 ° and 90 ° from vertical. Some lenses are soft, such as the transparent acetate used in the theater. Others are hard, such as the glass lens. Some spread lenses elongate the beam into an elliptical pattern, so as to highlight a large title. Beam softeners remove hard edges from the light beam. These can help to create even illumination across a large area from two or more sources. An LED lamp comprises LED chips and lenses in front of the LED chips in order to focus the light. LEDs are placed behind lenses, with refraction or total internal reflection guiding rays to the target. The lens can diverge the light emitted from the LED to thus light up a large area. A lens may be fabricated from plastic, epoxy, or silicone and is attached to the package substrate by gluing its edge onto the package substrate.
Parts & Accessories