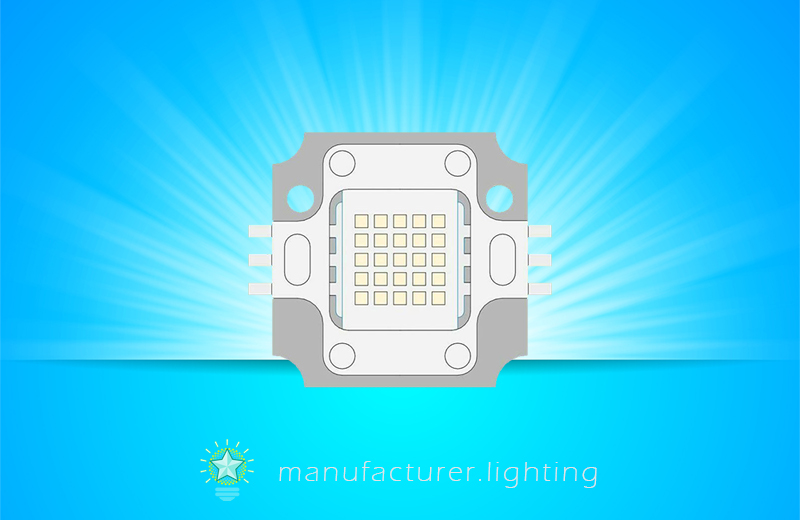 A light emitting diode (LED) is a semiconductor device which transmits and receives signals by converting electrical signals into infrared light or visible light making use of properties of compound semiconductors and is extensively employed as a light source. A lamp unit may generally include a light emitting module and a reflector establishing an orientation angle of light emitted from the light emitting module. Here, the light emitting module may consist of at least one light emitting diode (LED) provided on a board, say for example a Metal Core Printed Circuit Board (MCPCB), flexible circuit board and/or other printed circuit board, together with other electronic components, for instance using surface mount technology. Performance of an LED largely varies according to the ambient temperature of the operating environment. Flame Retardant 4 (hereinafter "FR4") materials are known to be undesirable thermal solutions for high heat circuits as the electrically insulating layer leads to poor thermal conductivity from the LED heat sink slug to the assembly heat sink. As a result, LED manufacturers typically recommend MCPCBs rather than FR4 for use in high power LED applications. Such multilayered printed circuit boards have a plurality of electrically conductive layers, are comprised of conductor track structures and are isolated from one another by electrically insulating layers. Thermal management for LED devices, especially for high bright LED devices is critical to these LED devices' performance and lifespan. Thermal management may be accomplished by techniques of enhancing heat dissipation and decreasing heat production. To improve heat dissipation, developments have been made in areas such as heat sink, printed circuit board (PCB) as well as LED packaging. LED lighting systems generally contain one or more LED packages that come with one or more LEDs on a printed circuit board (PCB). The size of the LED PCB may be dependent on the size of the LED(s) mounted thereon, the number of LEDs mounted thereon, the shape of the LED(s) mounted thereon. Heat generated by the LED flows via its electrical contacts into the traces. Heat may also flow out the body of the LED, and be dissipated through an underfill which has a relatively high thermal conductivity. The circuit board provides mechanical support for and interconnections between the LEDs, the power supply unit and the control circuitry, generally by soldered or bonded connections, and the assembly of the LED array, the power supply and the control circuitry is mounted into a casing which includes an optical enclosure. The standard circuit board materials are generally screwed onto metal heat sinks with thermal grease applied between the aluminum clad and the assembly heat sink with some applications utilizing thermal tape instead of mechanical fastening and thermal grease.
Parts & Accessories