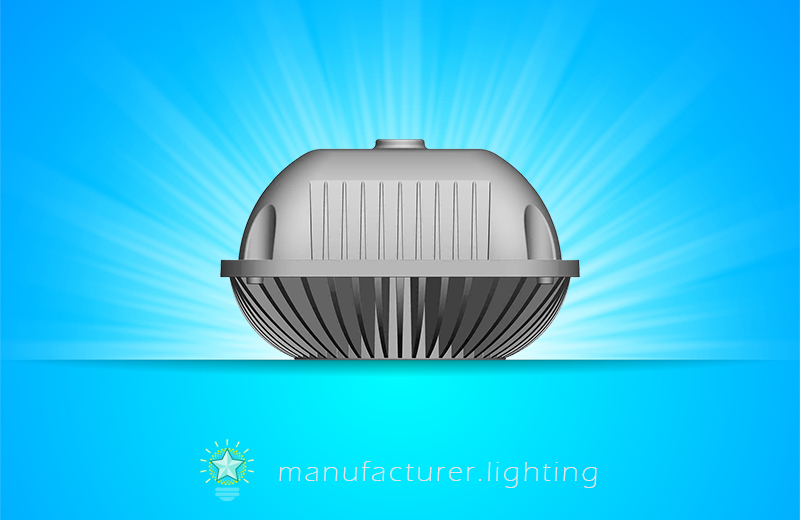 Luminaires are designed to produce a predetermined light pattern on an area to be illuminated. LED has taken an ever more important place in the lighting area because of its advantages of high luminous efficacy, low power consumption, low radiation, etc. as opposed to traditional light sources. Lamp housing assemblies of such type are also known which provide for an adjustment of the lamp orientation. A LED lamp often requires a light housing for securing and protecting the LEDs. LED light source produces a big mount of heat while emitting light, and the accumulation of heat may significantly impact the service life of the LED light source. The heat dissipating efficacy of the light housing is critical since the LEDs can be damaged by the thermal energy generating from the LEDs. Typically, a heat management system, for example a heat sink, is used along with the LEDs to facilitate maintenance of proper LED operating temperatures.  For LED light fixtures, dissipation of heat by conduction is often supplied by one or more LED packages being attached to a heat sink. The heatsink is generally integral with or thermally coupled with the light housing, which usually incorporates external cooling fins to further facilitate the dissipation of heat from the light fixture by convection and radiation. LED housing materials include, but are not limited to, metals, such as aluminum, copper, lead, tin, magnesium, zinc, steel, and titanium, polymers, and ceramics.
Parts & Accessories