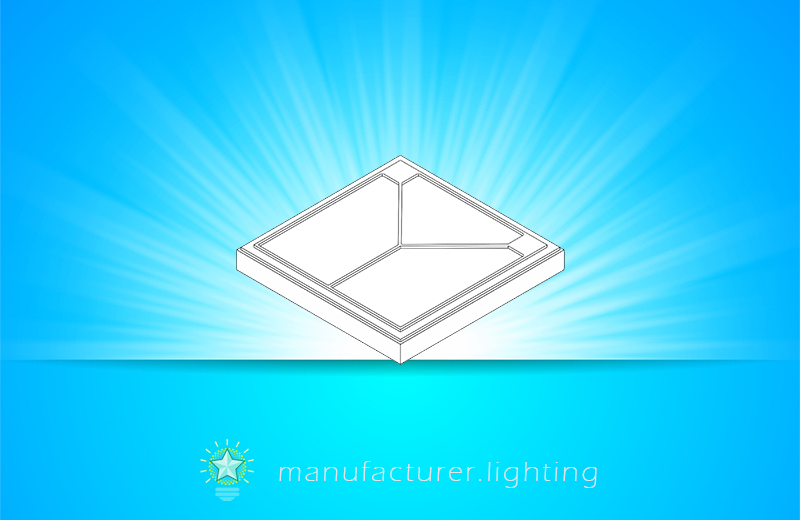 Light emitting diode (LED) is a junction diode formed by an epitaxial P-type layer and an epitaxial N-type layer on an intensively doped semiconductor compound base. The diode furthermore comes with an ohmic metallic contact on the P-type and N-type layers. The phrase "unpackaged LED" are used to refer to the semiconducting p-n junction, and therefore distinguish from the term LED, which usually includes both a chip and its packaging. LEDs are characteristically produced as dies having an anode terminal and a cathode terminal. An unpackaged LED typically describes a light emitting diode die including a multi layer semiconductor substrate fabricated from a compound semiconductor material, for example GaN. A die also may include an n-electrode and a p-electrode in order to create external connections to the outside world. An LED die is commonly attached to a larger substrate for heat dissipation and packaging. The substrate may incorporate additional circuitry, such as a passive electrostatic discharge device. The LED die and optional substrate are subsequently packaged, where the package has robust anode and cathode leads for being soldered to a printed circuit board (PCB). Prepackaged LEDs are devices comprising an LED die or die array located on top of one or more thermally and electrically conductive materials, each with associated thermal impedance with electrical leads and thermal backplane which are then designed to be attached to yet another board with additional thermal impedance.
Light Sources