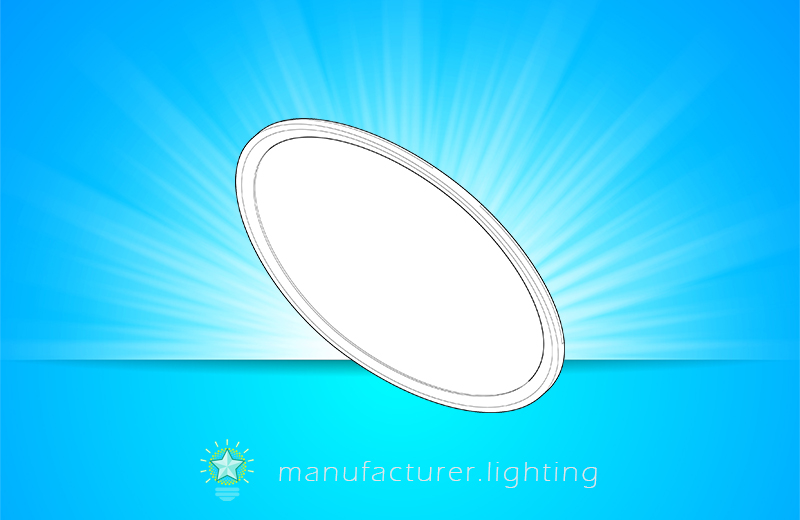 An OLED (organic light-emitting diode) is an LED wherein the emissive electroluminescent layer is a film of organic compound which gives off light in response to an electric current. The OLED emits light using energy that is generated when excitons are dropped from an excited state to a ground state as soon as the excitons are created by coupling electrons and holes in an organic emission layer. This layer of organic semiconductor is located between two electrodes. Generally, at least one of these electrodes is transparent. This technique enables the creation of light sources featuring extended surface area on a single substrate. When energized by an electric current via the electrodes, OLEDs can be utilized as a light source with an extended lighting surface. OLEDs are becoming an ever more fascinating technology for use in applications such as flat panel displays, illumination, and backlighting. OLEDs have gained popularity owing to several technological advantages, such as very thin and flexible form factor, high efficiency, high light output, etc. When compared with conventional inorganic LEDs, OLEDs are lighter, more efficient, and brighter. They have a faster response time and can be mounted on flexible materials. OLEDs can be designed to larger sizes. Because OLEDs are basically plastics, they can be made into large, thin sheets. Organic LEDs provide large area light sources that do not need to be hidden from view at the rear of shades or diffusers. They offer a wide array of form factors, since they are thin with light weight and could very well be formed on flexible substrates. The thickness of the active layers is less than 1 micrometer. OLEDs can be made transparent when turned off and so can be embedded in windows or mirrors. As with inorganic LEDs, OLED panels are driven with low-voltage DC current. OLEDs require a regulated voltage instead of a regulated current.

Best Desk LampsDesk lamps deliver critical task lighting that is closely associated with our work performance and well-being. This buying guide is intended to provide insights and knowledge to help you find the b...

The Genuine Eye-caring Desk Lamp Backed by OLED TechnologyDesigned to be natural, tenderness and non-flickering by using a collection of premium quality, low power-consumption OLEDs, the UIV OLED SKY table lamp is friendly on your eyes while you're r...
Light Sources