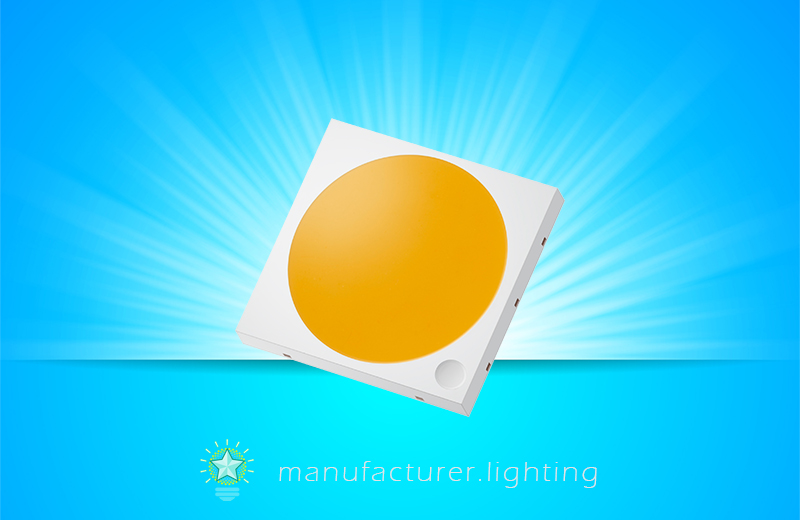 High power or high-brightness LEDs are designed to generate hundreds or thousands of lumens of light. The relatively high efficiency of LEDs is the primary motive behind their popularity. High powered white LEDs works extremely well to overcome many of the negative aspects of both HID and HPS sources. High power LEDs, which convert electric signals to light taking advantage of characteristics of compound semiconductors, have benefits including longer lifetime than other types of light sources, low driving voltage and low power consumption. Furthermore, high power LEDs have a good response rate, great resistance to impacts, and readily accommodate miniaturization and light-weight applications. Such LEDs produce light substantially instantly when power is applied, have lifetimes from 3-10 times greater than HID or HPS, and maintain their light output for a considerably longer time than the other types of light sources. Tremendous power savings are achieved when LEDs are used to replace traditional incandescent lamps of comparable luminous output. Over the past decades, the performance of high power LEDs has increased in several ways, including improvements in efficiency, thermal management, flux output, color rendering, stability of color, and stability of the correlated color temperature of white light. These improvements, and the high reliability of LEDs, make them a good choice for a wide selection of high-brightness illumination applications such as industrial lighting, roadway lighting, and outdoor lighting. Considering the same current density and luminance efficiency, the power of an LED is proportional to the size of its light-emitting area. The larger the light-emitting area, the higher the power of an LED. High power LED generally consumes power more than 1 watt. When compared with traditional LED, high power LED has higher energy conversion efficiency. The method of fabricating high power LED nowadays includes inserting a lead frame into a print circuit board after which soldering the lead frame on the print circuit board.