What is an LED Downlight

Abstract: LED downlights provide a flexibility not available with most other categories of lighting. LED lighting provides a number of advantages.
A downlight (also called a recessed light, canister light, or can light) is a light fixture that is installed in a ceiling, in a way that the light source is recessed above the plane of the ceiling. The use of downlighting has expanded recently due in part to a flexibility of use of the wide selection of available downlighting luminaires and also the ability to apply downlighting in a range of environments which require either general lighting, task lighting, accent lighting and similar including combinations thereof. Downlighting provides a flexibility inaccessible with many other categories of lighting attributable to the ability to employ an assortment of fixtures designed for downlight purposes to lighting situations covering anything from ambient to accent to wall-washing and the like. The very nature of downlighting allows for the luminaires applied to be comparatively unobtrusive since downlighting luminaires are generally recessed in a ceiling. 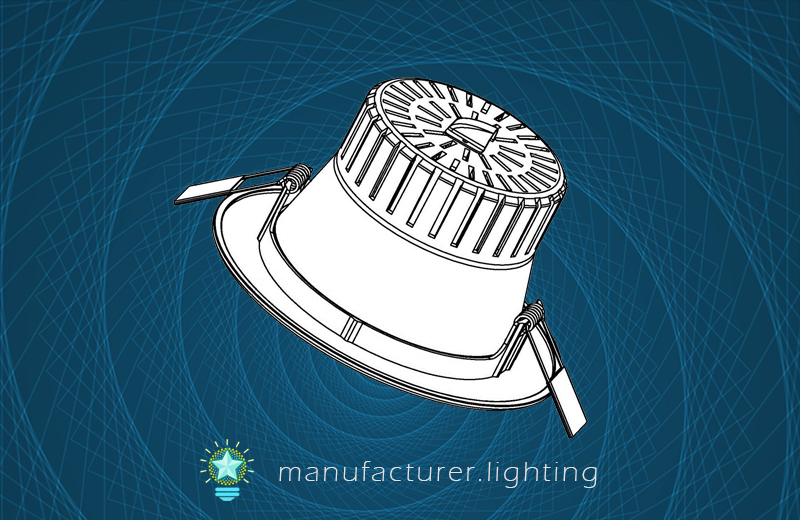