Abstract: Light emitting diodes (LED) are solid state electronic devices capable of generating light by passing electricity through a p-n junction biased in the forward direction.
A light emitting diode (LED) is a semiconductor diode that produces light of one or more wavelengths. A semiconductor is a substance whose electrical conductivity can be changed as a result of variations in temperature, applied fields (electrical or magnetic), concentration of impurities (e.g., doping), etc. A diode is a device whereby electrical current can pass in only one direction. LEDs are an type of solid state lighting (SSL) wherein light is emitted from a solid object (e.g., a block of semiconductor or organic layers or materials) as opposed to from a vacuum or gas tube, which is the case in traditional incandescent light bulbs and fluorescent lamps. And since the vast majority of LEDs use inorganic semiconductors, the acronym LED normally represents inorganic-semiconductor-based LEDs. Some LEDs go with organic semiconductors (carbon-based small molecules or polymers), and the acronym OLEDs denotes these organic-semiconductor-based LEDs. They are very much like inorganic-semiconductor-based LEDs in that passing an electrical current through an OLED generates an excited state that can then emit light. 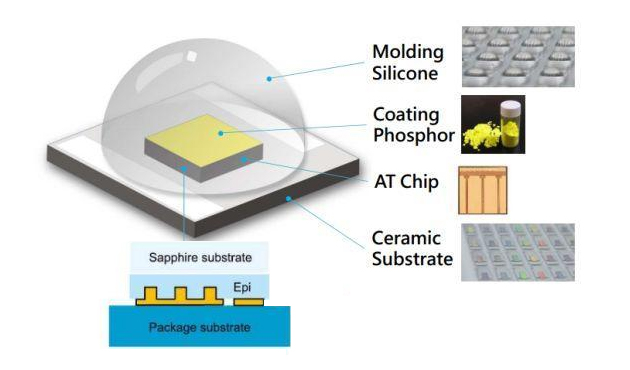