Abstract: LED high bay lighting finds applications in light structures designed for use in buildings with high ceilings.
Lighting is utilized to provide illumination when it's dark or to provide supplemental lighting for a dark area. In the lighting industry, one may have heard the terms "high bay" and "low bay" lighting, which generally describes the space and the height of the ceilings involved. There aren't any standard numerical value to characterize what constitute high bay or low bay. Often in large structures, overhead illumination is provided from luminaires mounted close to the ceiling of the building and the light is directed downward. Low bay fixtures are employed in the building where a ceiling height is between 15 and 25 feet, and high bay fixtures are used with ceiling heights of 20 to 40 feet. A high bay luminaire is a luminaire that may be constructed for industrial locations high above floor or work level. High bay luminaires have in the past found targeted use in warehouses, manufacturing facilities and gradually more in retail buildings wherein ceiling heights demand sufficient illumination of particular areas within an overall space. Low bay luminaries of very close configuration find usage in lighting applications having varying lighting requirements. 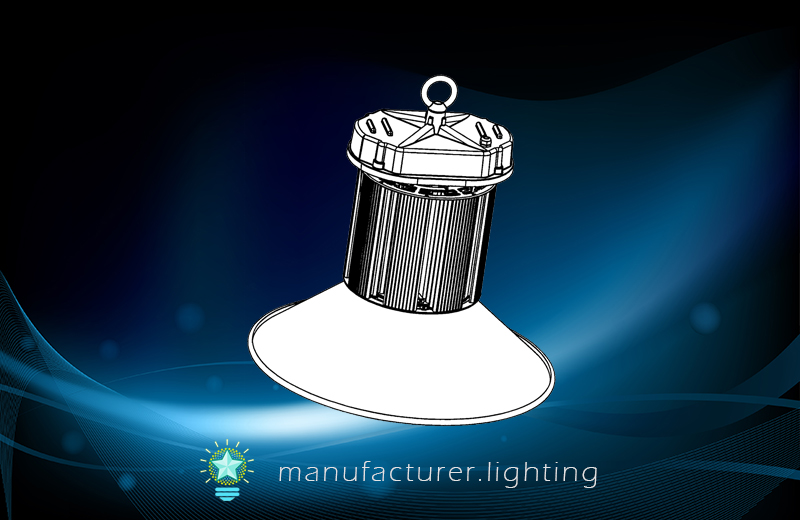